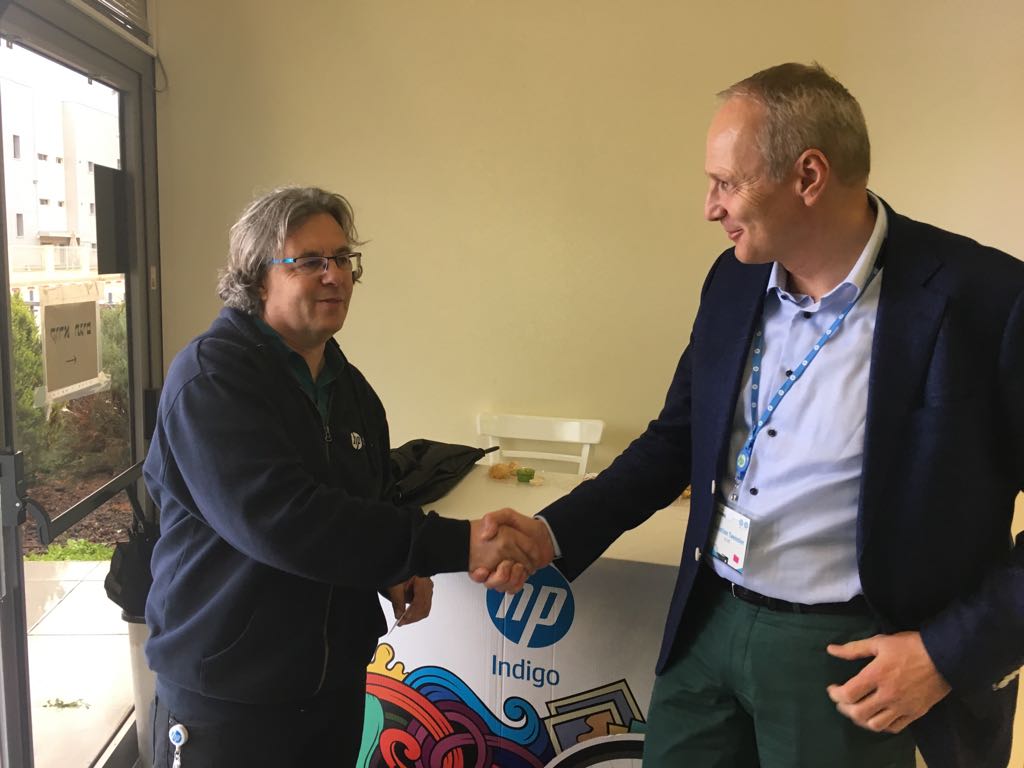 Proud to be one of the preferred supplier of HP Indigo. ALME was invited to attend the supplier day held in the Southern District in Israel by the end of January.

"BACK TO GROWTH" was the motto under which Alon Bar Shani, CEO of HP Indigo held a thrilling speech of almost one hour.  Not only he was pointing out a bright future of HP Indigo which reached a market share for digital printing presses of 73% in 2017 (coming from 27% in 2004!).

He also presented that HP invested a lot of energy in new business models such as total customer satisfaction with online NPS (Net Promoting Score) on each and every customer interaction. Getting over 70 scores means HP is at the top with Apple, TESLA and Harley Davidson in a reachable position. This means of course for ALME which is delivering all the drums needed since over 25 years a prosperous business in the years to come. Since ALME is single source on specific items, ALME is in the position to invest into the Swiss economy and marketplace and supports the MEM industry. Building the future in automation and establishing Industry 4.0 is the logic consequence out of it.